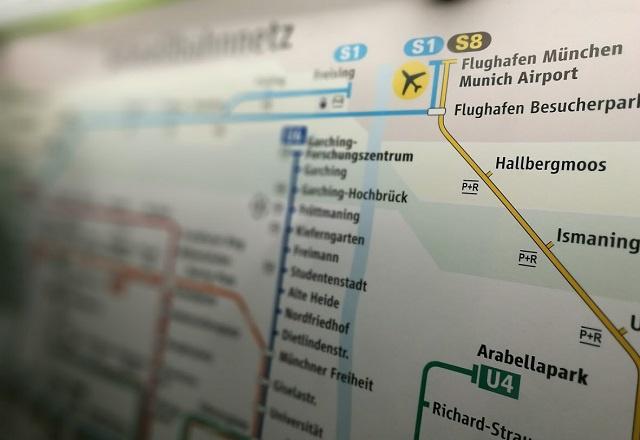 Cloud computing is simple. That’s the promise we were all sold. With cloud, we get to buy our computing resources in an as-a-Service format so that our compute processing power, our data storage and all the other incremental and ancillary intelligence and analytics services we need are supplied down a pipe

For public cloud, that pipe is obviously called the Internet. For private on-premises clouds (that may be twinned with public clouds to form hybrid clouds) that pipe could be an organization’s internal network, part of its intranet, or part of some secured channel of the Internet itself.

The sum result of adopting the cloud model (and it is a just a model, there is no actual cloud) is that somewhere in a datacenter, there is a server (or servers plural) with an “instance” of resources that have been provisioned and aligned for us to get the computing we need when and wherever we need it.

During most of the post-millennial era of cloud development, the technology industry has been fixated with cloud migration to enable so-called digital transformation. Once we embrace the opportunity to start calibrating our software engineering towards cloud-migrated resources (which will typically require some refactoring of existing code, applications, databases and so on), we can start to evolve to cloud-native engineering… and that’s where the real money is in terms of higher productivity and ultimately higher business agility and profitability

Customers were promised cloud flexibility and the chance to shift IT spend from Capital Expenditure (CapEx) outlay where some over-capacity wastage is inevitable… and move onwards to cloud which champions Operational Expenditure (OpEx) outlay, which is eminently more controllable and manageable, in theory at least

Analyst house Gartner describes the whole process as the 6-R’s of cloud (Rehost, Replatform, Repurchase, Refactor, Retire and Retain) as the means by which companies in any industry vertical could think about migrating to cloud and reaping the benefits that lay in wait

But, in reality, cloud has never been that simple… so what went wrong?

Why is cloud complicated?

Cloud is complicated because computing itself is inherently complicated and the popularization of the cloud model approach has been constitutionally riddled with chaotic platform-level mismatches that have slammed together with incongruent tectonic force.

Let’s remember, when we think of the Cloud Services Providers (CSPs) that form the usual suspects of the modern cloud age, the lion’s share of the work is carried out by Amazon Web Services (AWS), Google Cloud Platform (GCP) and Microsoft Azure, but the big players are not alone. There are a host of other large, medium and small-sized enterprise technology firms vying to deliver cloud services, but the chasm that exists between the “big three” and the rest of the field is never likely to help cystallize cloud resources, even with the open standaridzation efforts of open source.

“The cloud offers a high level of control within a dynamic environment – with such variables as architecture, zones, networking, storage, DNS, CPU, memory. This control turns to complication as users are forced to adjust their environments and application configurations to find the right balance between application performance and resource costs,” said Steph Rifai, senior production manager, StormForge, a cloud computing business with a specialism in performance testing and automated optimization

“You’ll often hear people talk about this control as opportunity, but it’s only an opportunity if the workloads can be optimized and the balance struck. We expect this to change in the months and years ahead as businesses turn to solutions that can help them streamline operations, finance and IT,” added StormForge’s Rifai.

The truth about tear-up & tear-down

Rifai is right of course i.e. you can’t gain drive a high-performance engine until you have the right skill set. The skills needed to work with cloud computing and get it to do all the wonderful things it was supposed to do are often the toughest part and the biggest ask. The cloud evangelists all took a purist stance and told us that the tools did exist to be able to tear-up and tear-down cloud as needed, but in reality nobody has ever built sharp enough multi-tool devices to make this a reality

“We know that governance and certification have quite frankly not kept up with the tear-up and tear-down mentality that was afforded to us by the promise of Continuous Integration & Continuous Deployment (CI/CD) that was supposed to be able to serve cloud. Overly complex single pane cloud management solutions simply do not pass muster when examined in detail,” said Linux veteran Dick Morrell, an OpenUK ambassador who is head of cloud and security training at UK-based tech skills provider QA.

Morrell explains that cloud has become often a benchmark for on-premise cost rationalization and a new definition of tech-refresh. He advises that while we are getting good at storage of cloud snapshots and backups (so that application data and disaster recovery are established), the cloud complexity challenge continues because inside the total cloud lifecycle, introspection and learning from multiple platforms is handicapped by our shorter-term focus on performance and compute.

Nutanix senior VP of general manager for EMEA region Andrew Brinded broadly concurs with Morrell. He says that five years ago, the desire for public cloud was centered around the need for greater agility and the move to OpEx

“Those drivers still exist today. However, companies are now feeling much more comfortable with public cloud security while benefiting from the now much improved public cloud analytics services that are available,” said Brinded.

For his money, the challenge is that the bigger the shift to multiple cloud providers, the more complexity is introduced

“There’s increased pressure for demonstrating risk and compliance on how to evoke Disaster Recovery (DR), the management of multiple teams for multiple clouds, the difficulties and cost to get data out and the lack of procurement leverage and agility. Different public cloud APIs make it very challenging to show multi-cloud nimbleness. With all of that in mind, there is a huge opportunity for whichever company can bridge the on-premise and public clouds at the data, networking and management plane level,” concluded Nutanix’s Brinded.

The path to multi-cloud nimbleness

Are we facing a future where cloud will always be complicated or will we ever get to that state of multi-cloud nimbleness? Will governance and compliance issues always dog our next cloud deployment and always ensure that hidden complexity lies in wait? Will a regression testing problem always be about to surface and will code refactoring issues always be a thorn in our side

The answer is no, cloud computing could, should and will get easier. We are on an exponential curve of development and still currently experiencing much of our adolescent growing pains. We are learning to engineer for cloud much more quickly and as the era of cloud-native truly dawns we will increasingly have Artificial Intelligence (AI) and Machine Learning (ML) tooling to draw upon and make the cloud engineering process happen better.

Cloud is still complicated and complex, but the clouds are clearing.