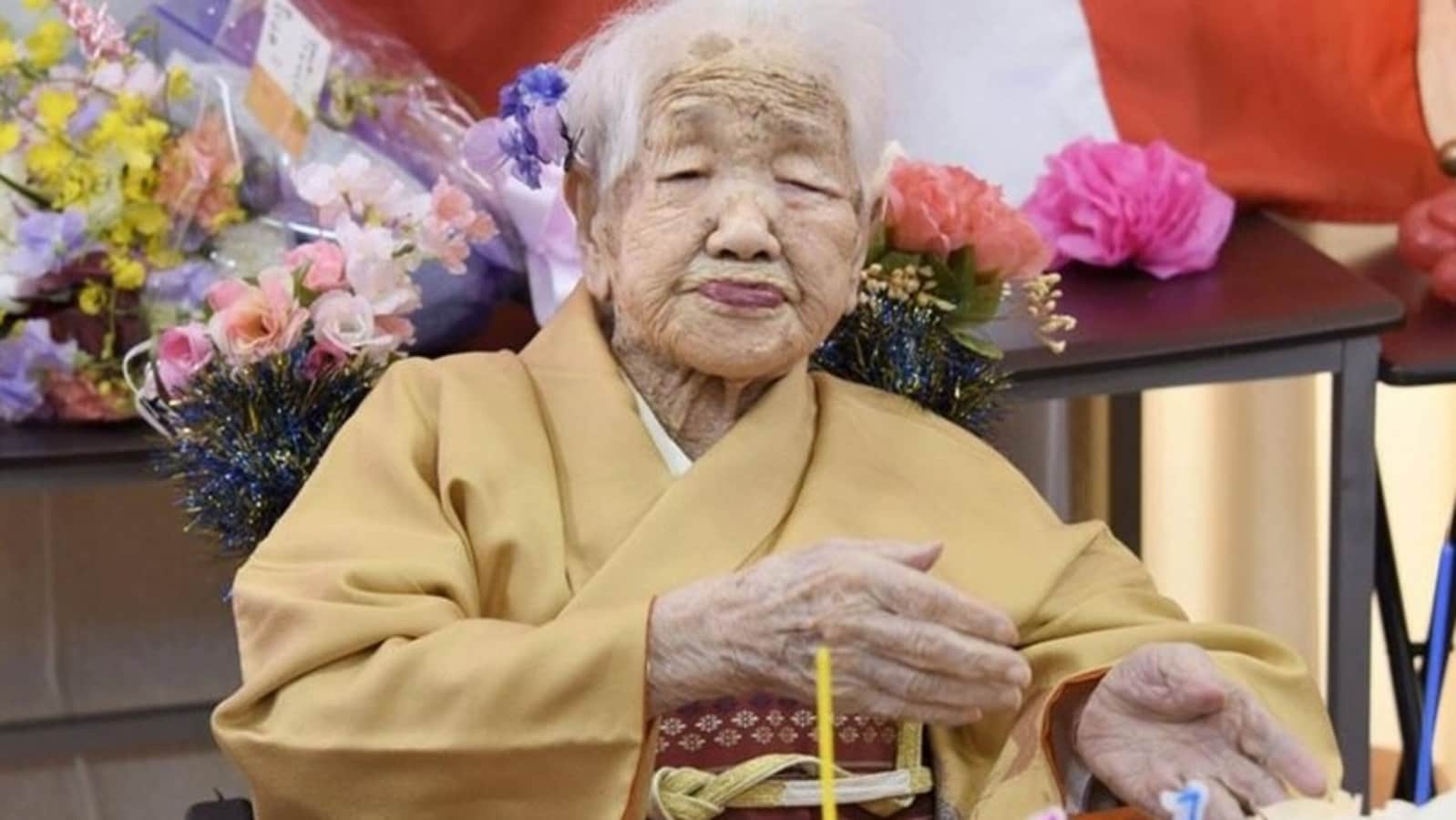 Most people don’t want to live forever. “It would be too boring. I would have explored everything,” said Shekhar Biswas, a data scientist from Berlin. He speaks for most people I quizzed one afternoon in Berlin’s Alexanderplatz — no one said they’d be interested in eternal life. (Also read: Loss of neurons makes Alzheimer’s patients drowsy: Study)

But what Biswas and many others would be interested in, I learned, is a long life — maybe to the age of 100. Biswas said when he must die, he wants it to happen without the burden of any painful disease and sickness in his final years.

Nothing’s going to stop death, most researchers conclude. But there could be ways to make life last longer, and the process of death shorter.

The gerontologists vs. the quacks

There are two horizons in the world of aging science, according to Dr. Nir Barzilai, who heads the Institute for Aging Research at the Albert Einstein College of Medicine in New York.

“One is people who are anti-aging,” he said, like the people who sell multivitamins promising life extension through cellular renewal. “They’re usually charlatans. They tell you to take this drug and you’ll live forever. If you die, nobody sues them. Then there’s geroscience. Those are scientists who are working on the biology of aging, who know which things to target, and they are very legitimate.”

Barzilai, of course, is a geroscientist. He’s been following a cohort of 750 centenarians (people who have lived to the age of 100) for years. He recently announced plans to expand his study to 10,000 people.

The new study isn’t being backed by government grants but rather by a 26-year-old Bitcoin millionaire named James Fickel. This non-traditional funding stream may sound unusual. But when you start making sense of the logic behind aging research, the puzzle starts to fit together.

Scientists estimate that more than 50% of deaths worldwide are due to diseases caused by aging — like Alzheimer’s, cardiovascular disease, cancer, type 2 diabetes and hypertension. That number increases in industrialized countries where access to modern medicine and healthcare means that people live long enough to contract age-related diseases and not die of diseases like malaria and dengue at a younger age.

If scientists like Barzailai can find a medication to help prolong people’s healthspans, death will be quicker and less painful, they say.

James Kirkland, a professor of medicine at the Mayo Clinic and president of the American Federation for Aging Research, said they’re looking to find a way to prevent something called “multimortality” at the end of life.

If you’ve watched an elderly family member pass away, you probably know what that is. It starts with a cancer or dementia diagnosis and is then followed by a range of other issues. Problems like arthritis, cataracts, forgetfulness and osteoporosis all come together during the person’s final years, making life feel like a daily fight.

Kirkland says it doesn’t have to be like this. Instead, he said, death could look more like “going out and having a five-mile run and then just not waking up the next morning.”

This concept is called compressed mortality — decreasing the number of years or months in which a person goes through the process of dying.

Barzilai has been following centenarians for over 20 years now, looking to see if they can provide some clues on how to live to reach our 100s. Along with living long healthy lives, these people, he observed, often experienced “compressed mortality,” dying over the course of a few weeks rather than years.

Is it something they eat, somewhere they live? Are they non-smokers or vegetarians? Are there certain things these elderly people are doing or have done during their lives that have allowed them to live so long?

The answer is no, Barzilai found.

A healthy lifestyle plays a role in longevity, so don’t stop eating your vegetables. But Barzailai’s research means that the elixir to youth will likely come in the form of a drug capable of targeting specific “longevity genes.”

Centenarians don’t have perfect genes or even obvious gene mutations protecting them from diseases like Alzheimer’s, Barzailai said — they just develop those diseases much later than non-centenarians.

Some of them had genes that prevented the functioning of growth hormones, Barzilai said. Through his research on centenarians, he’s looking to identify genes or gene mutations that appear to influence aging. Once those pathways are identified, medications can be developed and tested to target them.

Barzilai is already in the process of testing how the medication Metformin, a diabetes drug, works to halt some effects of aging in the body. That’s just one of many drugs that are being tested to see whether they’re able to counteract aging; Matt Kaeberline, a University of Washington biologist, is running a trial to see if the drug Rapamycin impacts aging in dogs, with the hope to later test it in humans.

Aging can’t be attributed to a single process that happens in the body. It’s a combination of many different processes, and each of the medications is looking to address different variations of them.

One thing that causes the body to age is something called cell senescence. The cells in our body are constantly going through a process called cell division. But scientists have found that this process gets disrupted over time, causing some cells to stop dividing. Although these cells are dead, they don’t leave the body and instead accumulate, causing health problems like inflammation.

Kirkland’s work centers around developing drugs that would kill the unnecessary senescent cells in our bodies. Barzilai and Kaeberline’s drugs try blocking the senescent cells from causing problems like inflammation, but don’t extinguish the cells altogether.

Kirkland said it will probably be at least a decade before we know whether these drugs work to halt negative aging processes. But once they find the right solution, he’s convinced it will be transformative.

“If some of these things actually work, it would be like the discovery of antibiotics,” said Kirkland. “It would be that big, because these fundamental aging processes are root-cause contributors to everything.”

The billionaires want in

It’s not the first billionaire-backed attempt to unlock the secret to eternal youth. Google parent Alphabet’s unit Calico Labs launched in 2013, but the company has so far been tight-lipped about its research and development.

Altos Labs is looking into many different solutions to a long life, some of which involve the processes being trialed by teams like Barzilai’s, Kirkland’s and Kaeberlein’s. But they’re also looking into more experimental science — the kind that may not be able to receive support through traditional academic grants because it’s so new.

Barzilai said that although Altos is a corporation, they aren’t the textbook anti-aging charlatans. They’ve recruited some of the best scientists in the field of anti-aging research — including Nobel Prize winners — to look into another potential solution to increasing healthspan, called cell reprogramming.

The idea behind cell reprogramming, which is also sometimes called cell rejuvenation, is relatively simple to understand. Old cells would be transformed into the fresh, unblemished cells you were born with, cells that haven’t been impacted by things like smoking or beer consumption, for example.

The science behind this is based on discoveries made through the cloning of Dolly the sheep. One of the biggest scientific developments to come based on that research was Shinya Yamanaka’s discovery that four proteins can bring cells back to their original state. He won a Nobel Prize in 2012 for the research, which has been applied to several disciplines.

The scientists at Altos are looking to see if they can apply it to aging processes.

There are a lot of obstacles to this research, one of the main ones being the cell’s loss of identity once it’s replicated. And we likely won’t see any results for a long time — even once researchers find a method that works, it will take years to test it on animals and people, and even longer for any potential medication to pass clinical trials to make it to the market for general use.

The medications being investigated by Barzilai, Kirkland, Kaeberlein and others will also need some time, but could hit the market in the coming decades if they pass clinical trials, Kirkland says.

That’s a big if. The scientists are cautious about stoking any kind of excitement about the medications. Lots can fall apart in clinical trials; Kirkland said that of the dozens currently underway, most will fail. But they’re optimistic that when the right treatment comes, it could have a great impact.

“I think most of us do believe that this is coming,” said Kaeberlein. “I don’t know if it’s going to be 10 years, 20 years, 30 years, but it is happening and it is going to change things.”