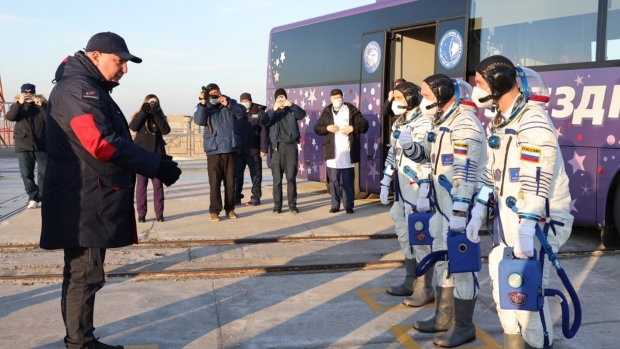 Russia’s space director said on Thursday that Europe had wrecked cooperation by imposing sanctions against his agency, and rockets that were meant to launch European satellites would now be used for Russian companies or countries friendly to Moscow.

Dmitry Rogozin, head of Roscosmos, said in a Chinese television interview that this would apply to about 10 rockets.

“At this moment, after the European Space Agency and the whole European Union have taken a frenzied position on the conduct of (Russia’s) special military operation in Ukraine and introduced sanctions against Roscosmos, we consider further cooperation impossible,” Rogozin said.

The space rift has had a tangible impact since Russia invaded Ukraine on Feb. 24 and was hit with a wave of international sanctions.

The European Space Agency said last week it was suspending cooperation with Roscosmos over the ExoMars rover mission to search for signs of life on the surface of Mars.

On Monday, British satellite venture OneWeb said it had contracted with Elon Musk’s SpaceX to send its satellites into orbit after calling off a March 4 launch of 36 satellites from Russia’s Baikonur Cosmodrome in Kazakhstan because of last-minute demands imposed on it by Moscow.

Rogozin said a resumption of space cooperation with Europe in some form would only be possible if the European side reflected on “what they’ve destroyed with their own hands” and held a frank conversation with Moscow.

Rogozin has previously said that sanctions imposed against Russia could “destroy” U.S.-Russian partnership on the International Space Station, from which two Russians and an American are due to return to Earth on March 30.

(Reporting by Mark Trevelyan in London; editing by Grant McCool)

Are you in Ukraine? Do you have family in Ukraine? Are you or your family affected? Email [email protected].