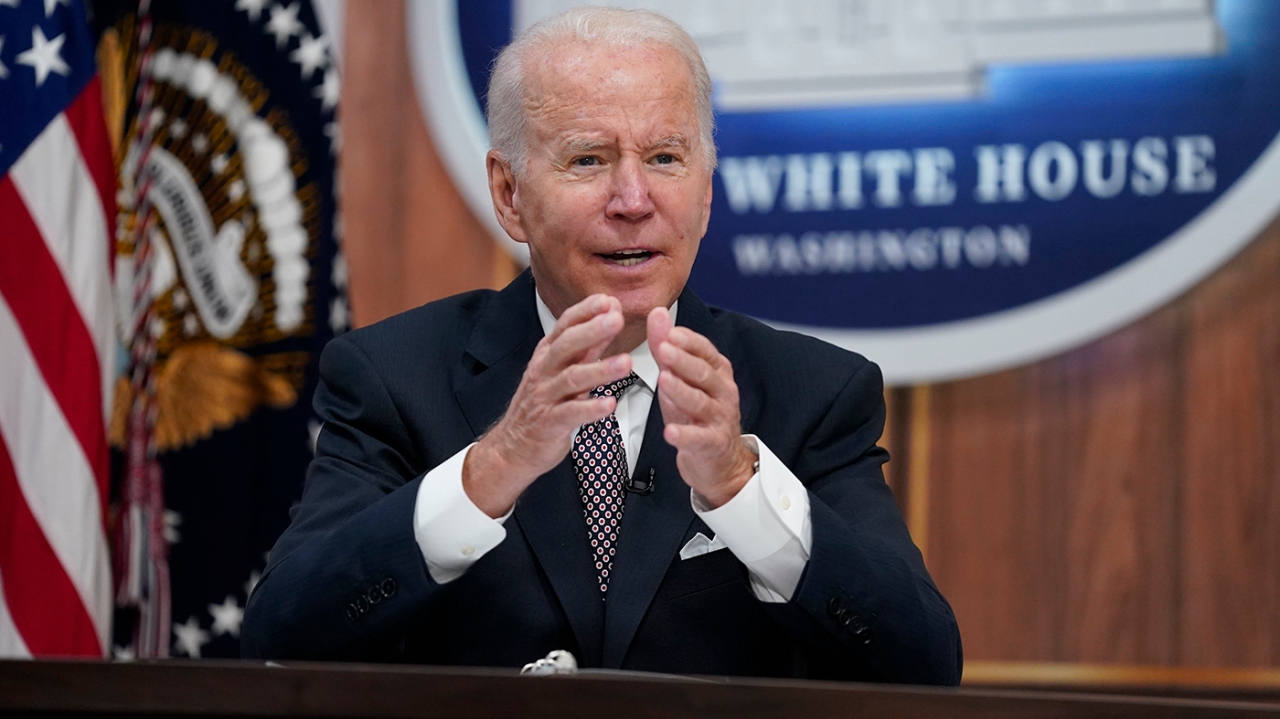 President Joe Biden and European leaders are engaging in a frenzy of summitry in Europe this week to ensure they can sustain their remarkable unity evident in their response to Russian President Vladimir Putin’s ongoing military assault on Ukraine. They are also discussing how to tackle skyrocketing fuel prices, and how the U.S. can help the European Union wean itself off dependence on Russian energy in ways that speed the continent’s clean energy transition.

Biden and his European colleagues can best address these issues by putting energy innovation at the center of their partnership. They must make good on the pledge they made one year ago to “work toward” a transatlantic alliance focused on clean technologies, which European Commission President Ursula von der Leyen said they would use to “enable breakthrough technologies and amazing innovations to be competitive on the market.”

Twelve months later, little has happened, despite the tremendous potential — and the urgency — of such an initiative. It’s time for TACTA: a Transatlantic Clean Technology Alliance.

Energy has quickly become critical to transatlantic partnerships. Not only is the U.S. now the largest supplier of liquefied natural gas (LNG) to Europe, but starting in February, U.S. flows even outpaced Russia’s natural gas pipeline deliveries. U.S. companies in Europe have also become a driving force for Europe’s green revolution, accounting for more than half of the long-term renewable energy purchase agreements signed in Europe since 2007.

Transatlantic energy gains aren’t just flowing one way: European companies are the largest foreign investors in the U.S. energy economy. Companies on both sides of the North Atlantic are leading the global transition to competitive clean technologies. The potential is significant: According to the International Energy Agency, by 2030 the global clean tech market will surpass the value of the oil market, rising from $122 billion to $870 billion.

Clean energy can replace two-thirds of Europe’s Russian gas imports by 2025, and technologies needed to halve global emissions by 2030 already exist. However, many are still too expensive to compete with fossil fuels. Relatively weak demand keeps the market small, stifling innovation and its commercialization. The challenge is to rapidly scale up clean technologies so they can become more affordable, accessible and attractive. Governments need to set incentives and market signals. So far, they are falling short.

Of course, each side of the Atlantic is focused on promoting its own clean-tech commercial breakthroughs. Nonetheless, the U.S. and Europe can profit by harnessing their respective strengths. Europe’s research and early-stage development of low-carbon technologies continue to be world-beating. It is weaker when it comes to scaling and commercializing innovation. The U.S., in turn, accounts for more than 65 percent of global clean tech growth equity funding and venture capital investments yet trails in low-carbon research where Europe is strong. Given the deeply integrated nature of the transatlantic energy innovation economy, both parties stand to gain by harnessing their relative synergies.

TACTA can break ground in four areas. First, the U.S. and EU can encourage companies to work together to accelerate the scale-up and commercialization of such promising technologies as long-duration energy storage, green steel, sustainable aviation fuels, food waste technologies, sustainable agriculture, wind power and direct air capture of carbon dioxide. They can streamline and standardize licensing requirements and adopt complementary policies to unlock demand for these innovations. And they can help to channel capital to sectors and technologies with untapped climate impact potential.

Second, they can advance public-private partnerships in pre-competitive research and development in a range of clean technologies such as next-generation batteries, clean hydrogen and decarbonized buildings. According to the IEA, government budgets for energy research, development and demonstration in the U.S. and Europe in 2019 were $17 billion — about double the amount spent in China. In the second half of 2020 and the first half of 2021, $74.9 billion in climate tech venture capital funding was raised in the U.S. and Europe, far more than the $9 billion raised in China.

Ultimately, the pace and extent to which clean technologies can be adopted and deployed will depend on acceptance and understanding by key users and community actors. This is a third important track for TACTA: helping stakeholders exchange good practices, see clean tech in action and explore community-based issues associated with the adoption of such technologies.

Finally, the two parties must prioritize clean tech innovations that reduce, rather than exacerbate, their already-dangerous dependencies on critical raw materials from China and other unreliable suppliers. Such efforts could be quicker, more sustainable and more cost-effective if the United States and Europe work together. They must act now.

Daniel S. Hamilton is a senior nonresident fellow at the Brookings Institution, senior fellow at Johns Hopkins University’s School of Advanced International Studies, and president of the Transatlantic Leadership Network. Together with Joseph Quinlan, he is the author of “The Transatlantic Economy 2022.”