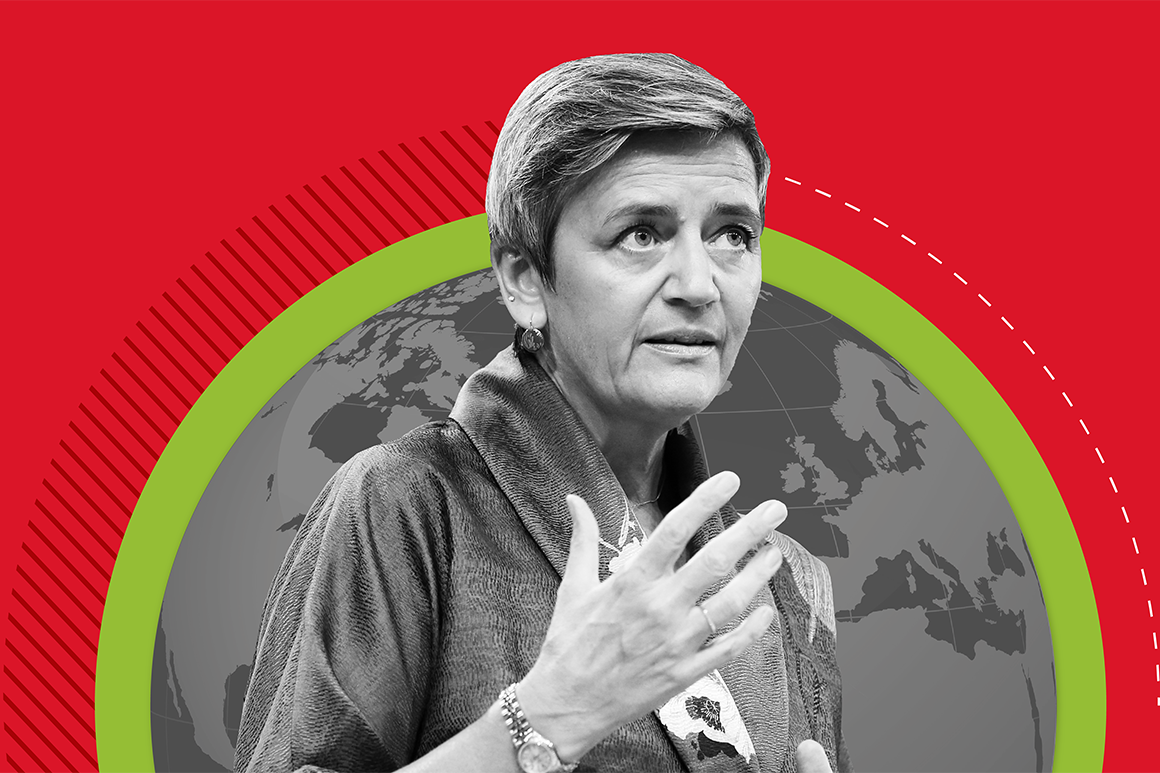 Margrethe Vestager has been waiting for an administration like this — the European Union’s top tech cop says it’s a “dream come true” to have a president in the White House who’s dedicated to reeling in Big Tech. But what will that EU-U.S. cooperation look like? That’s what host Ryan Heath wants to know. Also on the docket: Vestager’s game plan to protect whistleblowers, plus her own rules for tech at home.

On the U.S. as an ally in regulating Big Tech

“I think it’s really, really interesting what is happening in the U.S. right now — both on competition law enforcement and the signals sent there, with Lina [Khan]’s appointment, with [Jonathan] Kanter, with the executive order. That is like a dream come true to see a president take that kind of interest in so many different markets.” – Margrethe Vestager, European Commission executive vice president and commissioner for competition

On what she wants from a global corporate tax rate

“I know this sounds like a slogan, but it’s better to have 80 percent now than 100 percent never. And this is basically where you are on taxation: If you’re asking for perfect, you’re never going to get it. But if we could get a floor under corporate taxation and we could get sort of a fair distribution of taxing rights, we would have taken a major step towards tax justice. This ought to happen this autumn.”